A fine sunny Sunday morning saw me on the Marine Drive in search of our local resident Peregrine Falcons, who have been reported on, as now a breeding pair, though the female is quite young (born in Lancashire in May 2012).

On arriving there was not a lot of movement the female was lively and alert on her rock perch, but the Male was asleep, which was a little worrying when a large dog Fox appeared below him and seemed to almost climb up the cliff straight past him. Adrian Ewart a local photographer, birder and friend later reported that he was pretty sure the Fox lived in a rock hole under the near by usual breeding site. This to me doesn't seem to bode well for bringing up a new clutch of young Peregrines, but fingers crossed as it has been 2 years since the last successful fledglings. After a half hour or so wait, there was some good movement of both Peregrines with at one time a little acrobatic displaying which is always great to see!! 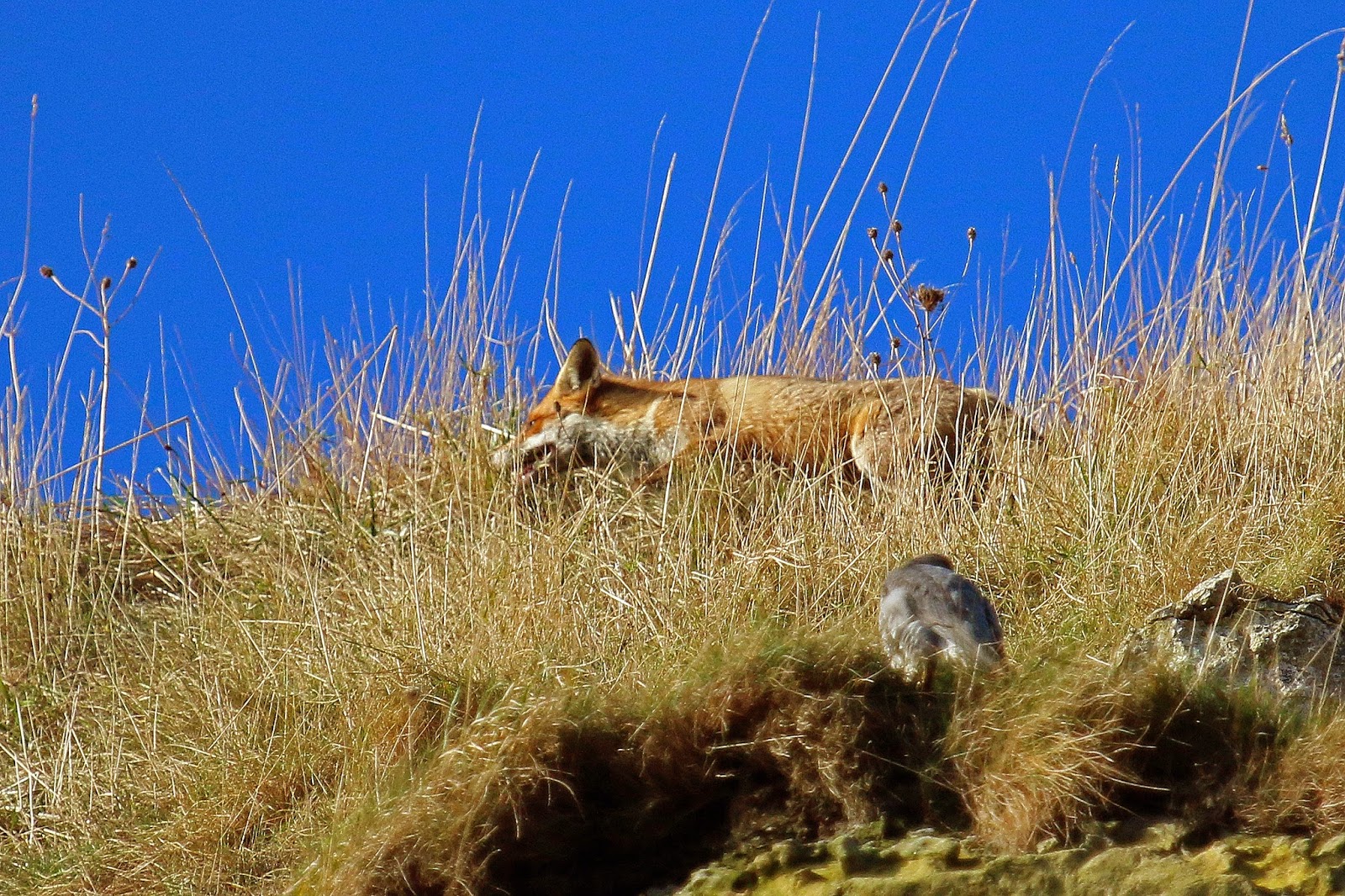 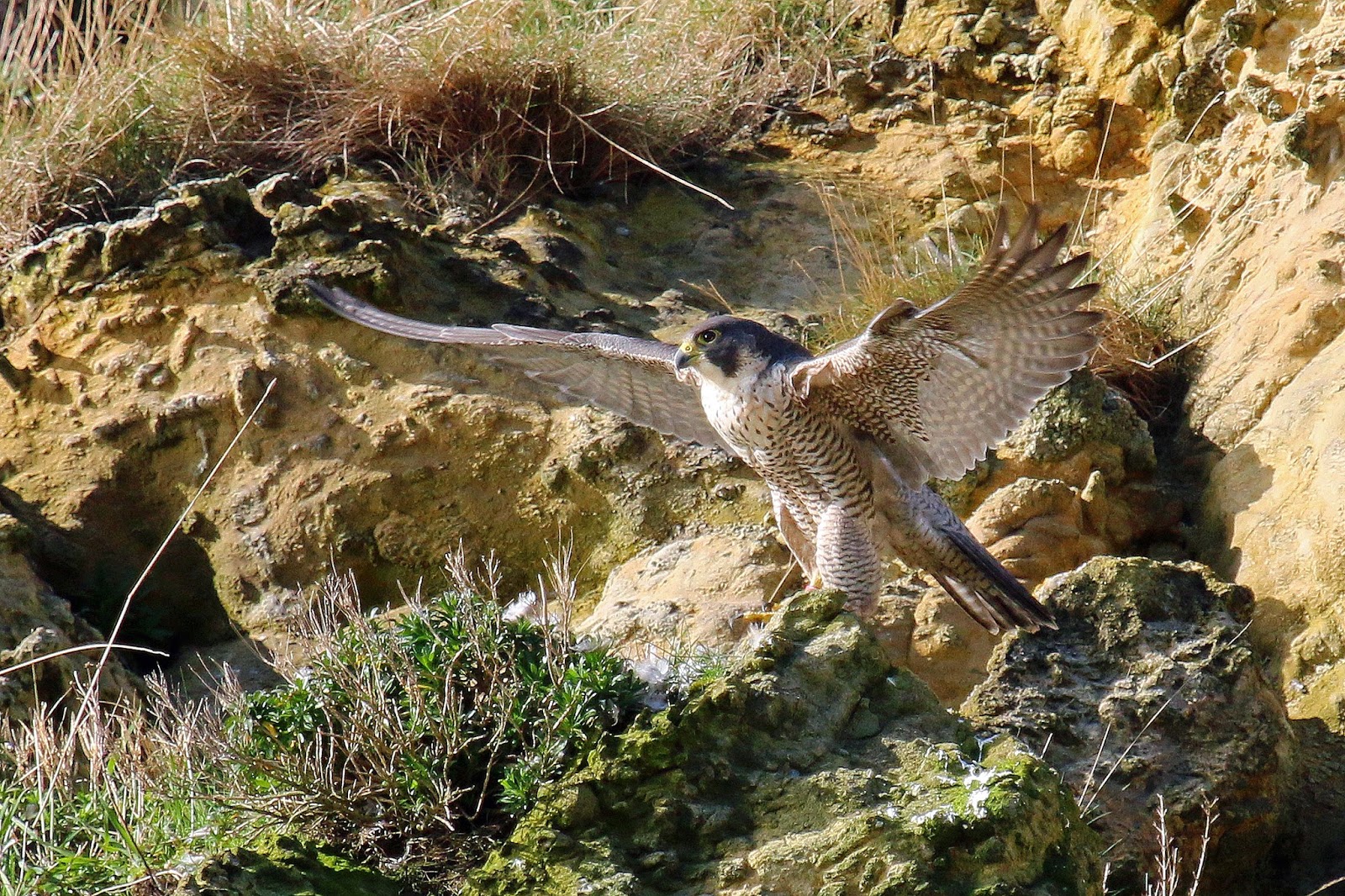 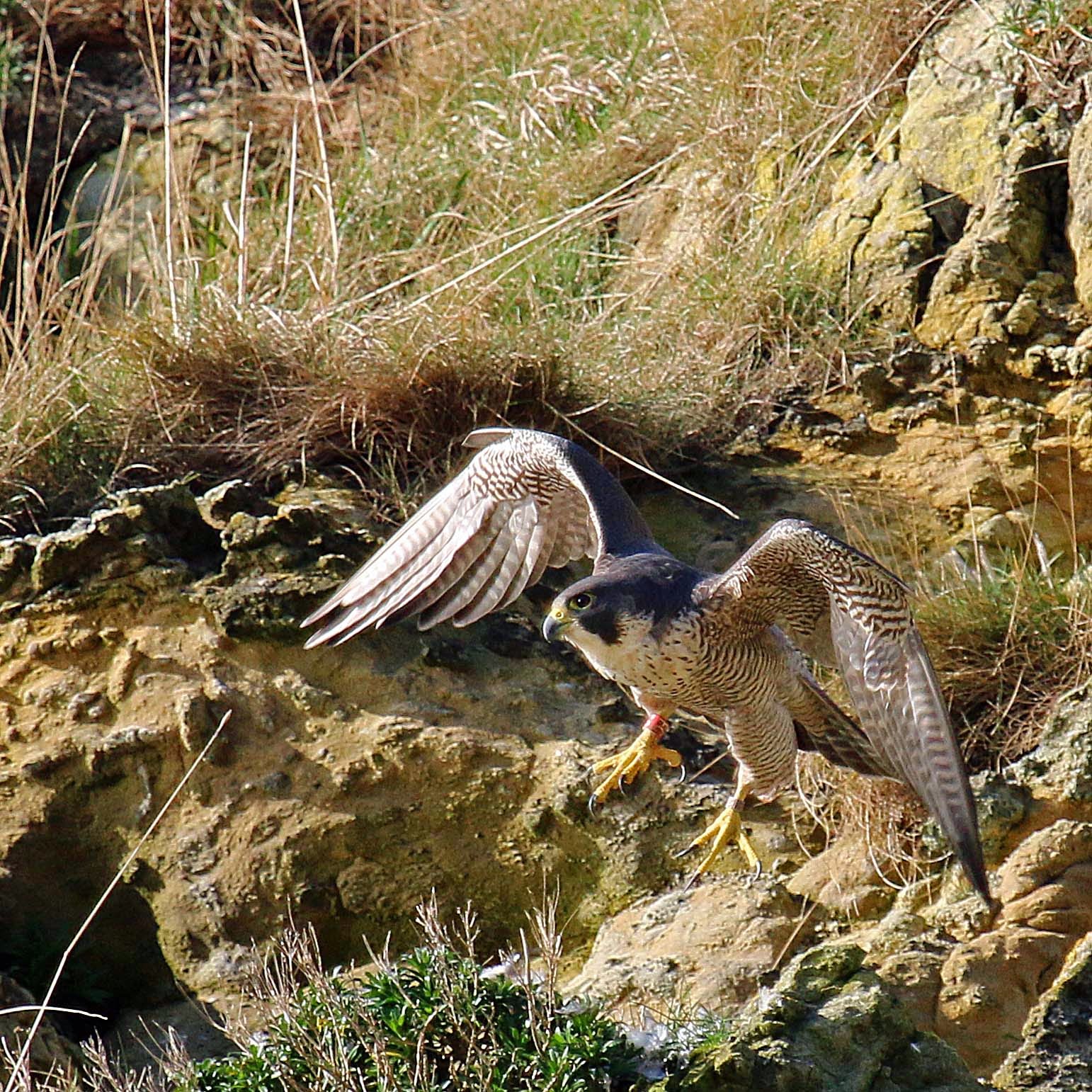 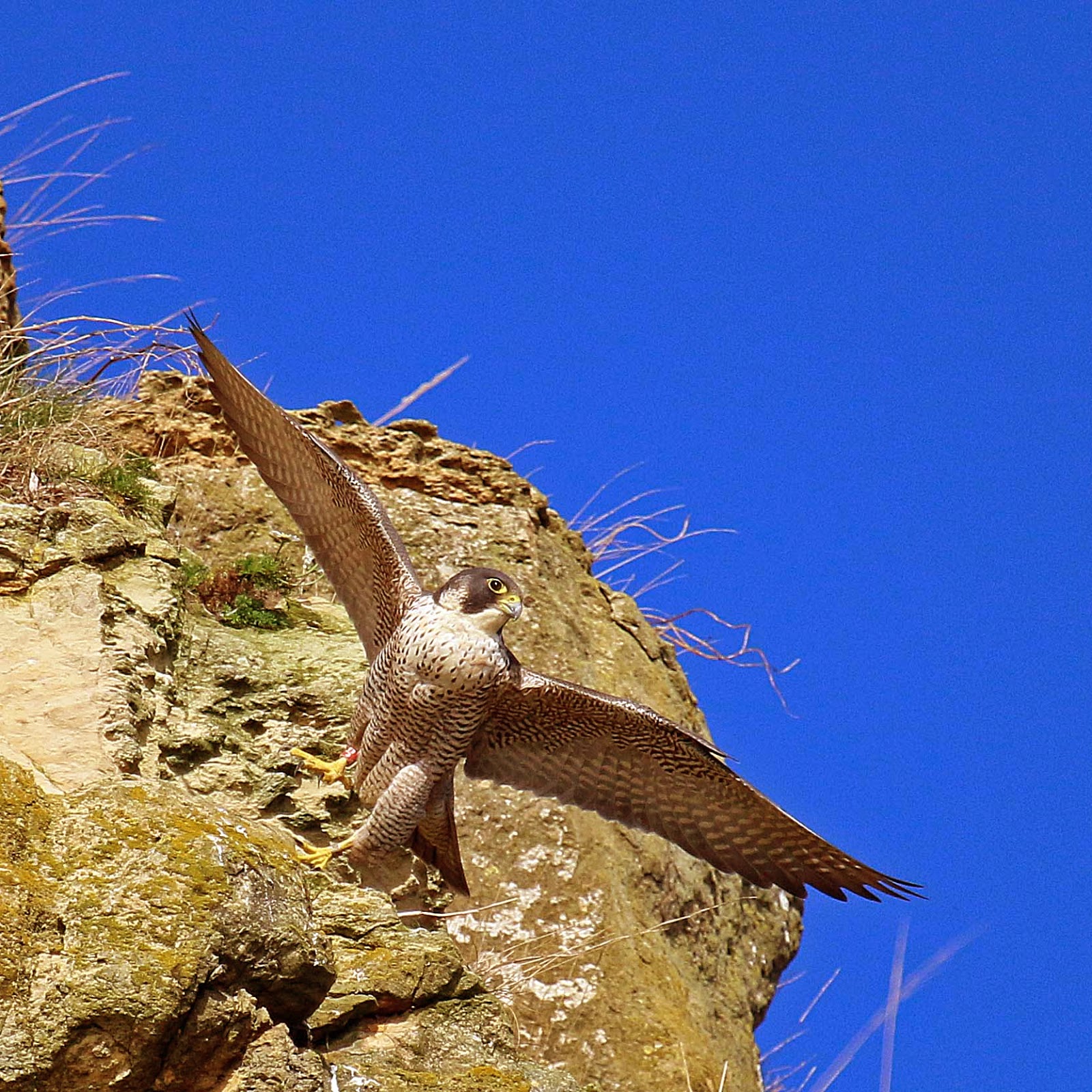 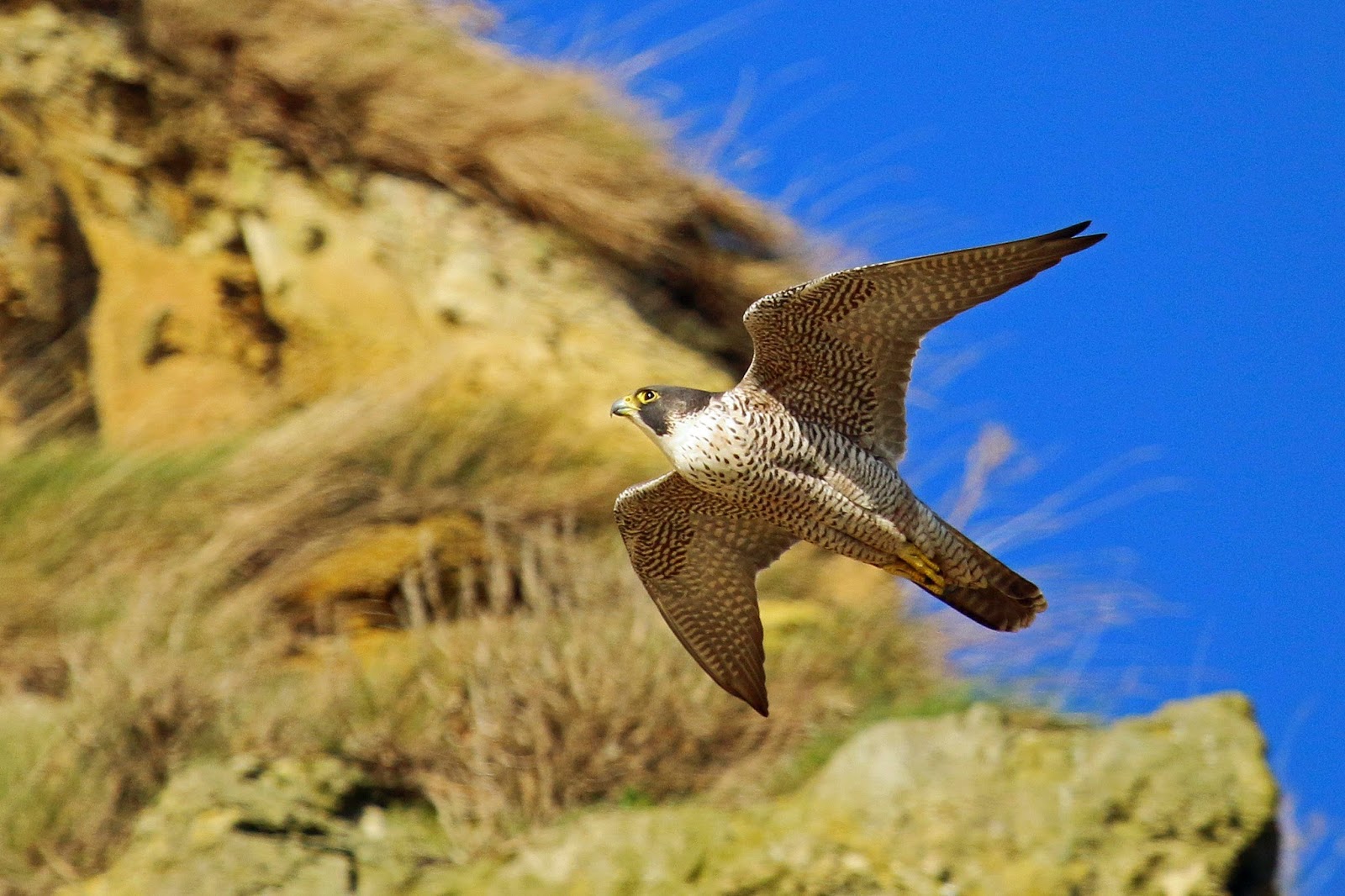 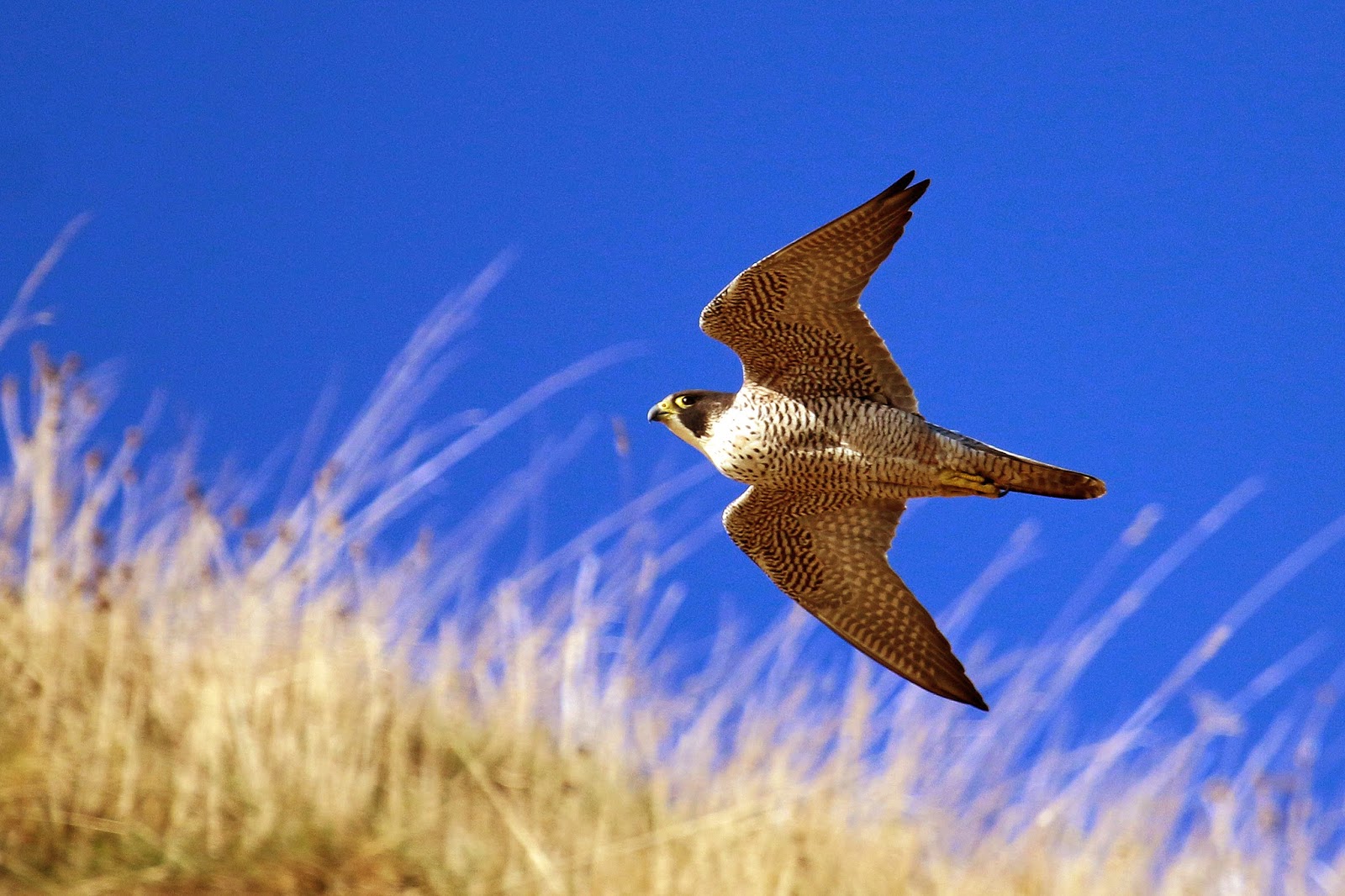 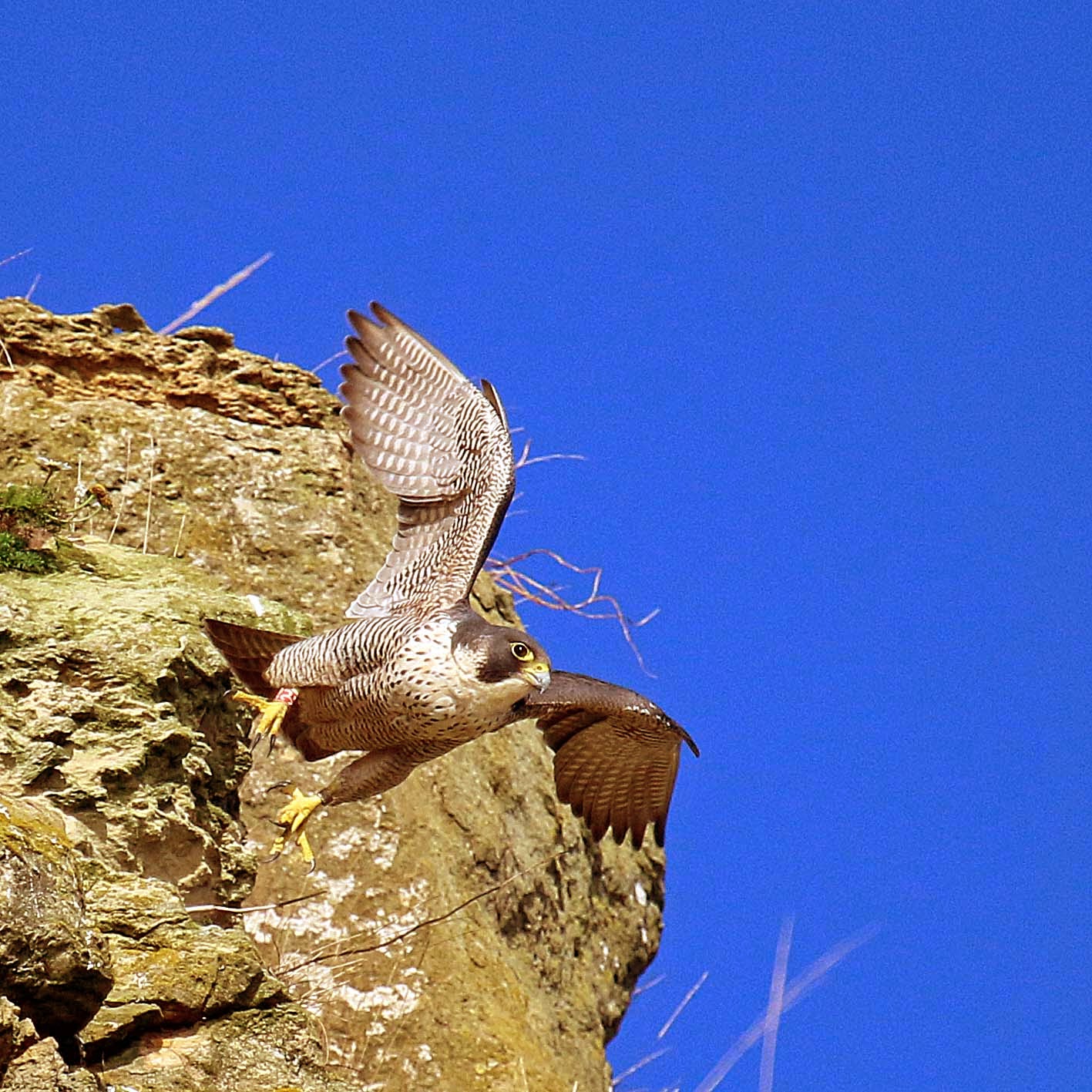