Marsh Harrier
15/09/2012
Top Hill Low Nature Reserve, Driffield
A quick fly by of a Female Marsh Harrier was a late surprise as I was just packing up after a day of not seeing a great deal at the Reserve, but that's wildlife.
Marsh Harriers were generally found mainly in southern and eastern England and are an Amber registered bird with under 400 breeding females throughout the Uk. They are the largest of the harriers, distinguishable from other harriers by its larger size, heavier build, broader wings and absence of white on the rump. The females are larger than males and have obvious creamy heads. 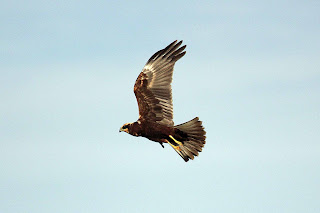 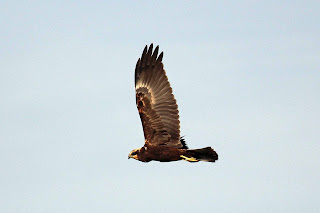 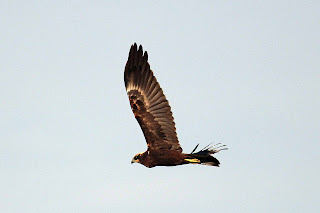