Access down the cliff is not for the faint hearted!!!!

Grey seal adults may be up to 2.5 metres in length and weigh up to 250kg, with males tending to be larger than females.

Males may live for about 25 years, females for about 35 years.

The coat colour is variable shades of grey, brown and silver with the back tending to be darker than the underside. Males tend to be darker than females and also have a noticeably arched "Roman" nose, whereas a female's nose has a straighter outline.

Grey Seals give birth around teh NorthYorkshire coast around Novemeber and at birth, grey seal pups weigh about 13 kg, are covered in long, creamy white hair. A bond is formed between mother and pup at birth, and a mother can recognise her pup from its call and smell. For the first three weeks of their lives, pups rarely swim, suckling from their mothers 5 to 6 times a day, for up to 10 minutes at a time. The milk is rich in fat and the pups rapidly put on weight. The mother tends to remain just offshore between suckling bouts and rarely feeds, losing up to a quarter of her body weight before her pup is weaned. Grey seal pups are weaned after losing their baby coat at 3 to 4 weeks of age. At this point, they weigh 45 to 50 kg; three times their birth weight. The pups live off these fat reserves whilst learning to feed, which may take several weeks.

Grey seals moult annually in the spring, 3 to 5 months, after the end of the breeding season. 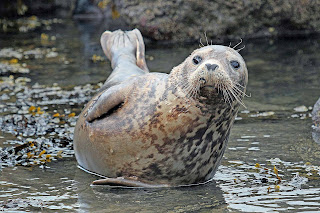 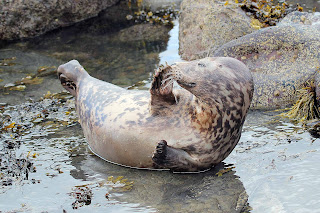 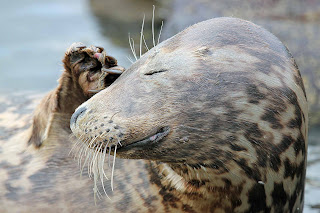 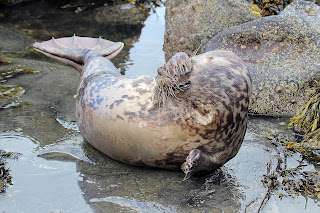 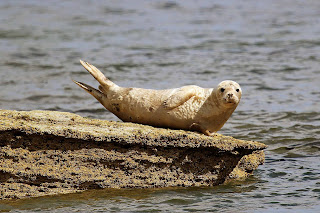 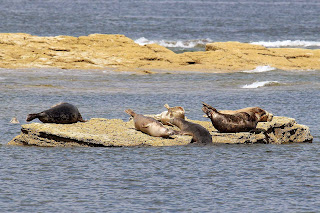 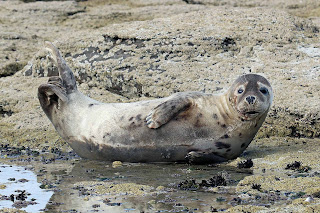 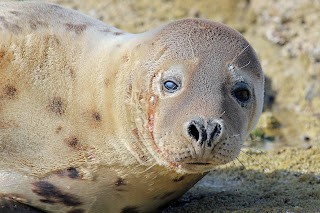 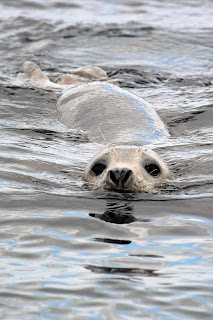 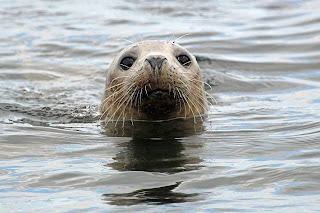 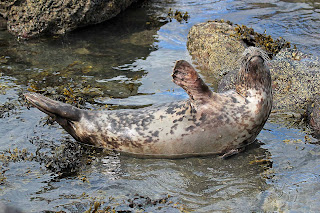