Female Sea Eagle off Portree on the Isle of Skye. (know its the female as the male is ringed)
Unfortunately the pair nested and matted to early and the cold weather forced them to abandon the nest in early May. No signs have been given that they will mate again this year.

Photos from organised boat trip, but fully wild Sea Eagles that sometime drop down for fish thrown into the water.

I had by far too long a camera lens on the camera, (Canon 100-400 L lens) when the Eagle passed the boat, but took best pictures possible with one single fly by 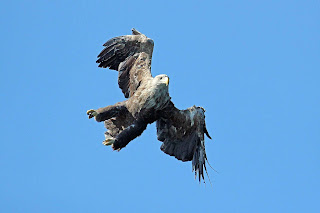 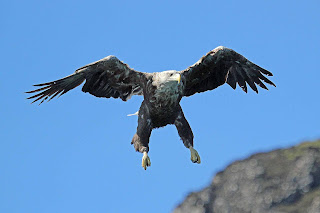 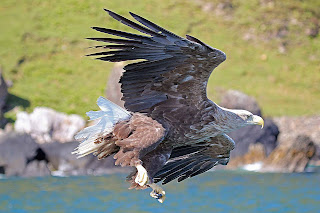 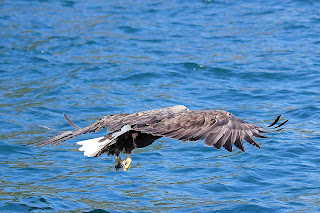 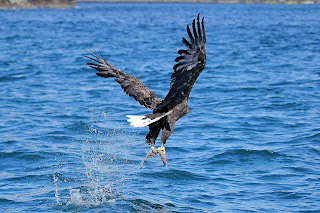 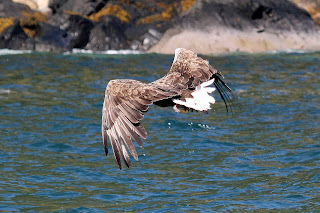 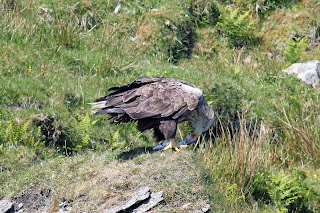 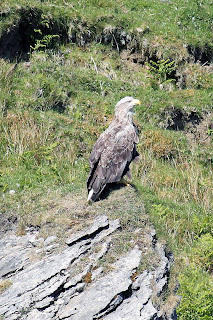 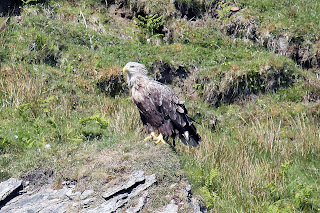