News from a friend of mine Adrian Ewart, altered me to a new female Peregrine around the Castle Headland, a few weeks after the old female had last been seen, which is hopefully great news for future breeding, as the last 2 year nest sites have failed.

After further investigations by Adrian it appears that the female is from East Lancashire and is from a brood of 3 from May 2012. This I am told, unfortunately makes the female a little young for the 2014 breeding season, but fingers Crossed.

On further news of Peregrines in Scarborough, it seems that a new pair have possibly taken residence on the North end of the Grand Hotel.

Excellent news for birders, but not so good for the local Pigeons!!

Photographs are of the new Castle Headland Female Peregrine 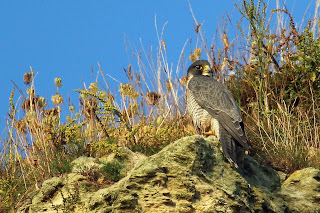 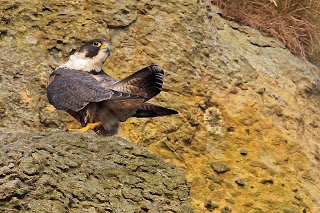 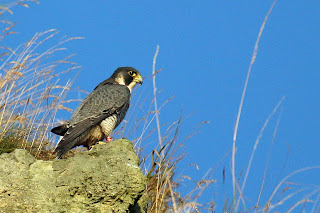 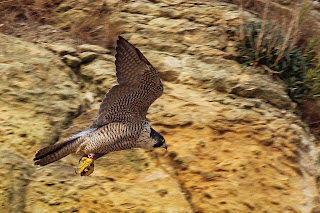 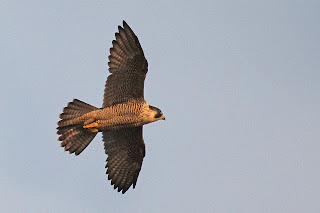 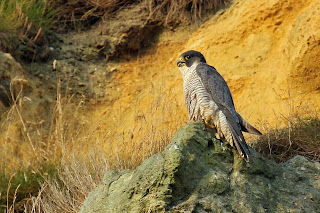