After only ever seeing one Little Auk very briefly last year and at a fair distant what a great sight it was to see a number all in one day, with the first landing on the rock armour on the Marine Drive, the next 2 off the outer harbour wall and then 1 or 2 in the harbour its self, brilliant!!! (though I missed out on 7 all at once and a Black Throated Diver, as I left as usual a few minutes to early!!! but was drenched by a hail storm, see the picture of the Little Auk in the hail storm!!!) 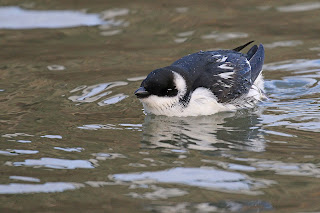 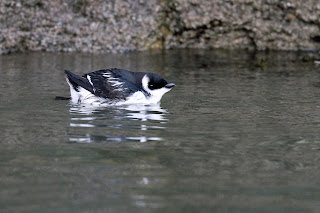 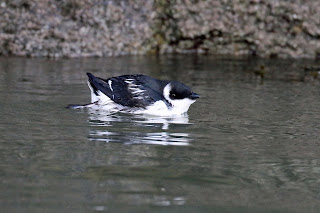 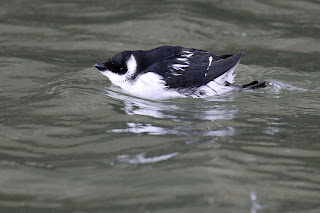 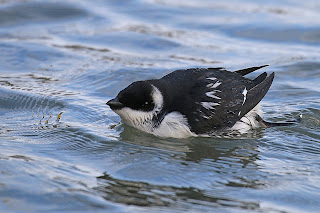 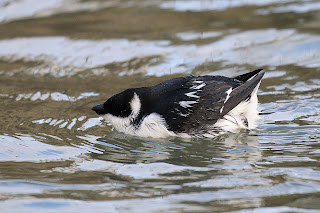 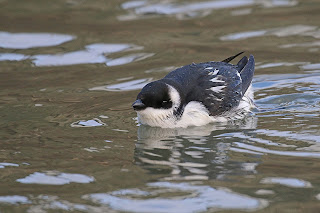 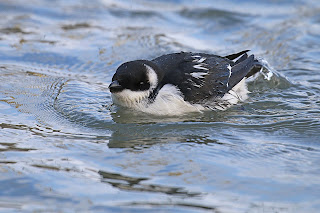 Little Auk in a bad hail storm, I was stood on the end of the harbour with a few grand of camera gear in hand, is not a great idea!!! 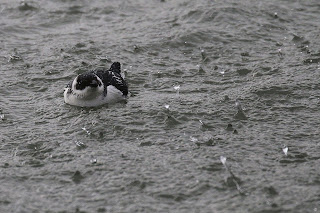 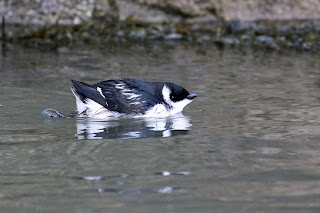 A little bit of fun was when one of the Little Auks came to close for the 'big lens boys' to photograph , they could have picked it out of the water with their hands. Sometimes we just have to sit, look and admire the wildlife, you never know what its going to do!!!﻿ 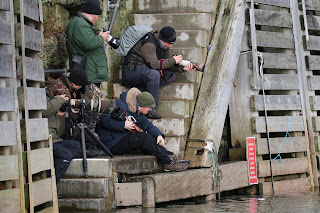